At West Mall Dental Group in Etobicoke, our general dentists work with our patients to help prevent and manage periodontal (gum) disease.

Periodontal disease is an infection of the tissues that support the teeth, including the gums, gingiva, alveolar bone, cementum, and the periodontal ligament. At West Mall Dental Dental Group, we take a preventive approach to gum disease treatment, and offer non-surgical gum therapy.

Gum disease can be caused by a variety of lifestyle factors, and can have an impact of the health of your whole body.

While anyone can get gum disease, the risk is higher for those with poor oral hygiene habits, who smoke, or who have systemic diseases that allow plaque to build up on the teeth and harden, eventually affecting the gums.

Gum disease is a serious issue that, left untreated, can cause bad breath, tooth decay, and even tooth loss. It can affect a number of other health issues, including heart health, diabetes, and the ability to lead a healthy lifestyle.

At first, gum disease does not present many symptoms, and patients often only begin to notice there is a problem when it has progressed past the early stages.

Gingivitis is the first and mildest stage of periodontal disease. Plaque and its toxin by-products irritate the gums making them tender, inflamed and likely to bleed when brushing and flossing.

Over time plaque eventually hardens into tartar. As tartar and plaque continue to build up, they cause the gums to recede from the teeth. Eventually, pockets form between the gums and teeth, which become infected and fill with bacteria and pus.

During this stage of gum disease, the gums become irritated, inflamed, and bleed easily. Mild to moderate bone loss may also occur.

In the advanced stages of gum disease, the teeth lose more support as the gums, bone, and periodontal ligament continue to deteriorate.

Without intervention, the affected teeth may become very loose and may even fall out. Moderate to severe bone loss may also occur.

Periodontal treatment methods depend on the type and severity of the disease. If the disease is caught in the early stages, preventative therapy may be recommended.

Otherwise, your treatment may fall into one of the following categories:

Dental scaling is the removal of plaque from the tooth’s surface just below the gum line.

Root planing reaches deeper under the gum line to smooth the surface of the tooth roots. This process makes it possible for the gums to reattach properly.

For patients with more advanced forms of gum disease (periodontitis and advanced periodontitis), more invasive surgical treatments may be necessary. In these cases, our dentists will refer you to an oral surgeon.

There is a variety of surgical gum therapies, including flap surgery, guided tissue regeneration, tissue grafting, and bone grafting.

After your initial periodontal treatment, our dental team will recommend that you undergo regular dental examinations and preventive therapy, usually four times a year. 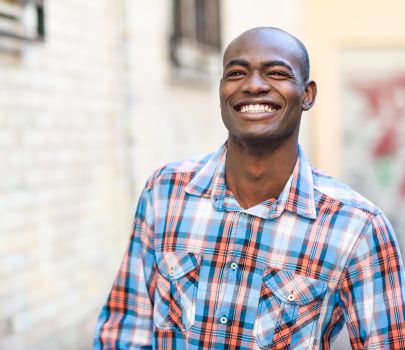 We look forward to welcoming you into our dental family.